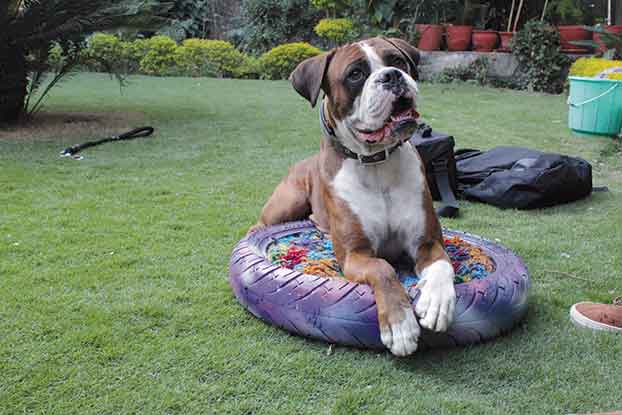 Tyre Treasures: The Future of Crafting

A Path through the Past Five things to do this Winter

It's Time to Travel to the Far West

While travelling out West for my recent ‘Family-moon’ (Honeymoon with family) on a bumping Mahindra bus, ‘AC WIFI FREE’ (which was aptly named; free of wifi and air conditioning), toward Nepalgunj en route to Jumla, it astounded me how long the connection could take and I could really sense why the region has indeed been titled the ‘Far’ West Development Region.
We were definitely on our way toward a unique type of pilgrimage; me meeting my new family in-law, my wife along with her brother visiting for the first time and my mother in-law returning after 25 years. All the while being hosted in one of the most untouched, naturally beautiful parts of Nepal.

After a 27 hour connection due to a collision on the Prithvi Highway, combined with the roadwork heavy course toward Butwal, we arrived in the stifling October Nepalgunj and booked our 4WD to travel up the Karnali river. Buses notoriously take days to reach Jumla Bazaar on the Karnali highway and flights only chartered when there are enough passengers in demand; hence, the lack of development, but a beautifully alive traditional culture and lifestyle as a result.

The Far Western Development Region is a rarely visited destination for international tourists, even after the $100 entrance fee from Maoist control was abolished and tourism started jumping again in the rest of Nepal almost a decade ago. However, it has become a domestic tourist hotspot, and in the September of 2017 Rara Lake reportedly received an average of 300 Nepalese domestic tourists per day. This unprecedented jump in a somewhat external (or far) economy from these domestic visitors has made the area realise it has touring capacity and interest. The lake seems to be a most serene and beautiful place, and though Rara wasn’t to be our destination this time it will be one in years to come.

Purely being in the region was an exceptional blend of Nepalese lifestyle, history and potential, as well as an opportunity to examine some of the historic linguistic origins of the national language, Khas Bhasa. As the lingo began in the area, particularly the Sinja Valley after influence and development throughout Uttarkhand, just on the border of now Nepal, and bore to the ancient Khas migration trade patterns, makes the Karnali region particularly interesting on a historic level. Staying for several weeks in both Jumla and Kalikot was about to teach me the tremendous amount of respect we must have for self sustenance communities and culture that has lasted century after century and being so versatile in such a volatile environment; oh yes, the old term resilience.

After a 14 hour jeep ride we arrived in Nagma, the bordertown between Jumla and Kalikot. The two villages that were to take us in were Roi in Kalikot, and Sanpulli in Jumla; my respectively respectable Father and Mother in-law’s home villages. To get to Roi we had to trek up the face of a worn 35 degree sharp 3000 metre altitude ‘hill’ from the Karnali streaming below.  A south facing slope full of blooming agriculture, curated by lives full of worship to sustain the masses, and anesthetize me in my lack of fitness.

The South facing slopes are perfect for plots of crisp apples and nutritious red rice (or rato bhat), and teaming with soil full of natural minerals and springs of water. The village itself is renowned for Red Pandas and has been subject to several WHO (World Health Organisation) visits in the past. I did feel a little guilty that the room I slept in had a stuffed Red Panda from an incident with a dog attack; however, my host and district school headmaster assured us that it was used as an example for educational purposes and that they promote conservation at the school to children. The life in Roi seems to not have been impacted by Nepal’s rise in globalisation and  ‘Western’ exposure, the village happily maintains a lifestyle akin to how they have previously survived, with small developments in education and the quick forming of a bazaar with several small shops and businesses over the last 20 years seeming to be the only changes to Roi, besides electricity and smartphones.

Our journey next took us over the border into Jumla, this time there would be no hiking up the mountain. As we pulled up in Tridevi next to the Karnali river, I was astounded at what I saw was be my mother in-law’s village. Almost seeming like a setting from a film; a village on the corner of two intersecting rivers with a smaller and perfectly symmetrical hill on the corner topped with a temple acting as a type of flagship for the small village of Sanpulli lying behind it. Crossing the Karnali from the highway into the village itself was surreal; my mother in law returning to her village soil after 25 years away and feeling her emotion, as well as the strong zephyr blowing up the river and toward the Himalayas which look over the region in might.
We were welcomed with emotion, a baaje (drumming ceremony) and of course pooja (ritual of blessing). The Sanpulli village, delighted to have a long lost daughter home and their first foreign visitor in several years, flocked to our family’s house.

The weeks spent there involved time between of harvesting, fishing, worshipping, visiting and just enjoying a simpler life, free of the constant interruptions of wifi connections and phone networks. All this while touring Sanpulli’s different households and being fed daal bhat from at least forty different houses. The daal is a unique kind of bean from the area, mixed with the protein heavy rato bhat had me feeling extremely healthy and full of energy for walking. My experience with all of the local residents was of extreme care and fondness, the fact that many were literally my new family was remarkably heartwarming.

One of the most striking places in the village of Sanpulli, that many people must visit on their way to Rara Lake, is the aforementioned flagship of the town; the temple atop the small hill with a charismatic and wonderful baba’s house below and facing the Tridevi. Named after the trio of Hindu Goddesses, Laxmi, Saraswati and Parvati (Kali). Tridevi represents Divine femininity and is a manifestation of the supreme power Mahashakti. The place was reverberant; rivers meeting and forming a triangle island coming out of the middle of the water, the mouth of the smaller adjoining river releasing water up and down the stream of the mighty Karnali river. The rocky lip of the mouth is also the site for ritual cremations when someone from the region dies. Fire next to water, blown by wind from the valley’s Zephyr on stone.

For someone generally not prone to feeling any kind of extra physical sensations there was most definitely a weird feeling of power. While meditating and fronted toward the Tridevi I experienced some groundbreaking clarity in headspace and had strange flashing visuals when deeply focused. It is said that Shiva severed a leg in the middle of the Tridevi triangle of rivers in the Vedic period, the severed leg was that of Goddess Kali who is commonly worshipped for motherhood and time along with other divine phenomenon. The water, an extremely powerful element and resource, now used literally for hydroelectric power and perhaps a strange foreshadowing of sorts. Personally, an intriguing and significantly insightful gaze into my new wife’s matriarchal origin and a beautiful experience with nature, hopefully foreshadowing her future motherhood.

Over the river and on the opposite corner of the joining rivers is Highkot, formerly referred to as simply ‘Kot’, sitting on top of the hill, baring the ruins of the former residence of several of the Karnali region’s Kings, particularly from the Khasa Kingdom period. New structures have been reconstructed several times on the land, due to its turbulent history of kingdoms, change, revolutions and power struggles. The house is now resided in by the son of the late and last Sanpulli village leader with his young family, it was by far the biggest house I’d been in throughout the districts, it used to function as the meeting quarters for many district decision making plans and consisted of three huge long dark rooms. Various items from the former kingdoms royalty can be found while digging through the ground in the area; spoons, wooden carvings, silver and old relics.
I was completely captivated by the view of the Himalayas perched on top of Highkot and felt a real affinity for working toward spreading the story of this acute area of such substantial history and have more people experience this beautiful hidden oasis. If you ever find yourself in the Far West I highly recommend you pay Sanpulli a visit, you’ll be treated like a king and experience the true beauty of Nepal in its elemental form.

From 1975 to 1979, Heinrich Meyer worked with the Bhaktapur Development Project, both as an architect and aiding...

Watching the tourists in Mangal Bazaar, the Durbar square of Lalitpur District, nearly every day since the 1970s,...

"During one of her first trips here, Michelle went to Tripureshwor and found 12 different artists in three...

If you travel to a new country, then you must be sure to try the most local food...

Often, we can get so busy, moving from one appointment to the next, that we fail to simply stop for...

With Nepal gearing up for Visit Nepal 2020, preparations are going at a rapid pace. An important agenda...