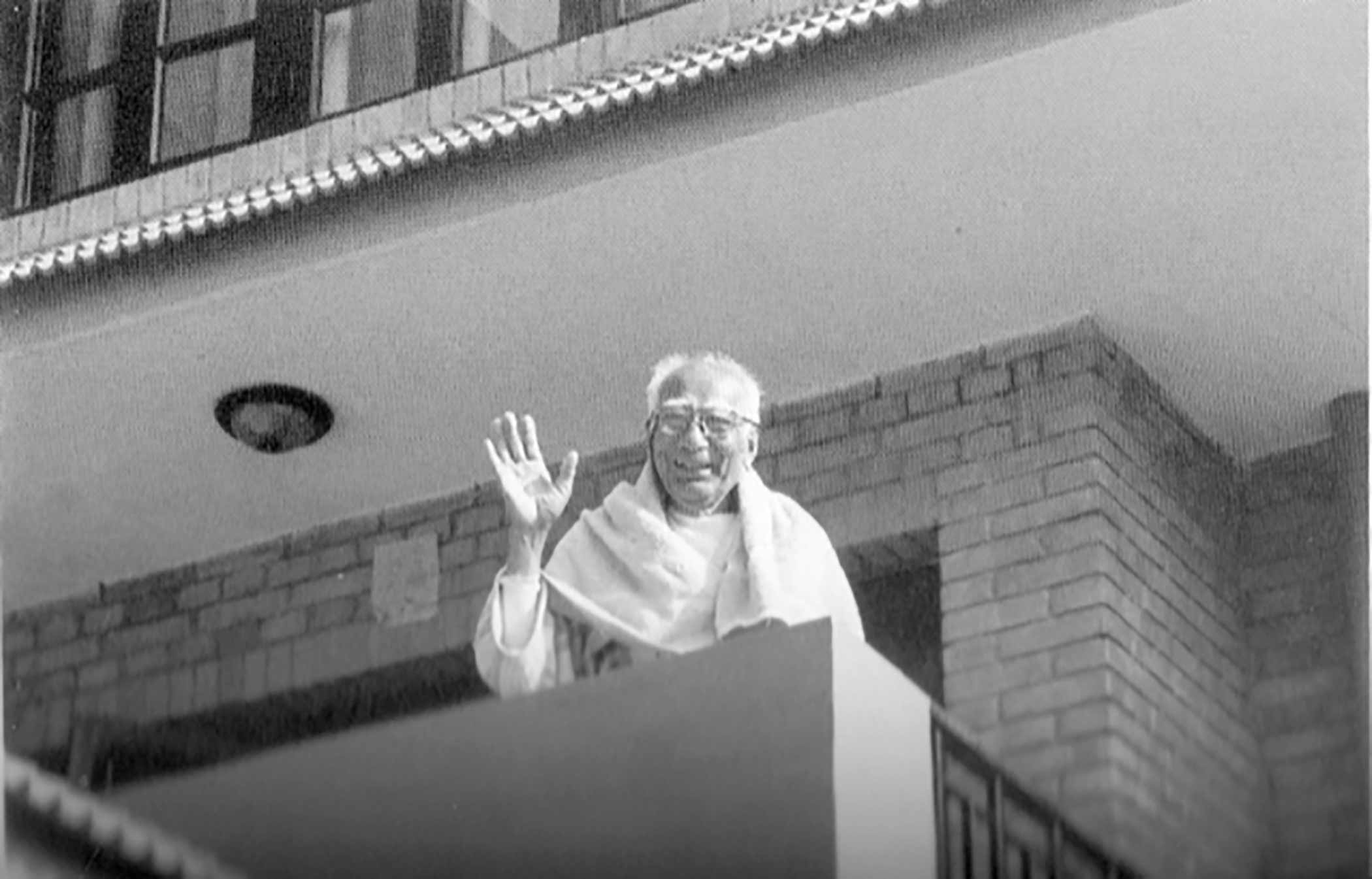 "We will be able to lead a more productive life in Nepal with the organizational skills we have learnt here."

For more than three decades, many  hundreds of students - from high  schools, universities, and the school of life - have come to learn by staying in Nepal. They come for a few weeks to one year of study, but their experiences and their connection to Nepal last a lifetime.

Although others have come and gone, there are currently six study abroad university programs based in Kathmandu and two programs open to both students and nonstudents.  (There are other programs that support individual students and conduct research, such as the U.S.-based Fulbright Scholarship program and Germany-based Heidelberg University.) Three of the university programs: School for International Training, University of Wisconsin, and Cornell, are part of institutions that have reputations of offering the best International and Asian Studies programs available in the U.S.

Each program has unique origins, components, and approaches, but they have some common themes. Each assists western students (almost all from the U.S.) to learn the cultures and languages of Nepal from both an academic and an experiential perspective. Each offers language classes, lectures and seminars on topics related to Nepal, internships or volunteer experiences, opportunities to learn specific skills related to Nepali and Tibetan culture (whether playing the sitar, painting a thanka, or learning to thatch roofs!), a chance to stay with a local family in Kathmandu and/or a village, and travels in Nepal and/or neighboring countries for further studies. The academic programs have assignments for writing papers (up to 100 pages in one program!) and making presentations of various kinds along the way. And perhaps most importantly, each program encourages a spirit of discovery and offers support to students trying to navigate a world almost totally different from the one they came from!

The University of Wisconsin (UW) program
The University of Wisconsin is based in Madison, Wisconsin, USA, a placid small city with a cosmopolitan air and three Nepali restaurants.  UW hosts study abroad programs in 64 countries and offers classes in Asian languages such as Tagalag (one of the major languages of the Philippines), Thai, and Nepali which are scarcely available as university courses anywhere else in the U.S. Interestingly, most of the UW Nepal study abroad program participants are not regular UW students; they generally transfer from other schools for the year and are often from the most academically demanding colleges in the U.S.: Columbia, Oberlin, Vassar, etc. A few have already graduated from college and use the program as a bridge to further studies or a longer stay in Nepal.

“I think because we have a year long program, our students are really serious,” noted Manohari Upadhyaya, longtime UW Resident Coordinator, “they have to come halfway around the world and make really big adjustments for a long period of time.”

The year begins with three months of intensive language training and orientation at the UW Campus in Madison. Students have either Nepali or Tibetan language classes five hours a day, and meetings on such topics as maintaining health, gender relations, and research methods once a week. “It was good to come here with so much preparation,” said Stephanie Spray, a former UW student now doing research on Gandharba folk music for her Master’s degree at Harvard, “especially with the language. Even though I had so much more to learn, right away I could make some connection with people.”

When they arrive in Nepal, UW students have a week in Bhaktapur for more in depth program orientation and recovery from jet lag. There arrangements are made for them to stay with a Nepali or Tibetan family in Kathmandu.  Even if members of the family speak English, they make a commitment to try to speak with the student as much as possible in their native language.

In the fall semester, students continue their language classes and choose two areas of study to focus on with a specific teacher or adviser from the local community. These tutorials are as diverse as studying photography with Mani Lama and doing a photo exhibit on the sadhus of Pashupatinath, to learning Nepali cooking and preparing a seven course meal for thirty people, to studying Tibetan scriptures with a local lama and writing a ten page paper.  In the middle of the semester, students traditionally trek to a village and stay with families there for ten days, then trek back. It is in this immersion that they come to understand the culture with much less of the western influence found in Kathmandu, and often find themselves becoming fluent in the language. Stephanie laughs, “Translation was not an option!”

In the second semester, students commit themselves to a longer research project for which they must complete a thesis. They spend several weeks considering research topics and methods. (I once sat in on a particularly engrossing discussion led by a Tibetan Buddhist scholar on how to handle differences between historical and religious interpretations of past events.  He explained that in both Buddhist and Hindu philosophies, unlike in most western scholarship, it is understood that people necessarily hold apparently conflicting views at the same time. What a mind-opener!)  The rest of the semester is devoted to the research itself and writing the final thesis- which is required to be 80 to 100 pages or the equivalent (for instance, a documentary film). Students have researched topics such as education for compassion in Tibetan monasteries, shamans in western Nepal, and the horse culture of lower Mustang.

Stephanie remembers, “I looked at other programs, and I liked UW for the independence it gave, the resources they offer, and the length of time.  Although they hold your hand in the beginning, they gradually let you go.  By the end, you really get to utilize all you learned! I really needed that second semester to come into my own.  That’s when I fell in love with Nepal. ”

This combination of support and increasing independence over time may be the reason that so many UW students, almost 50%, according to Manohari, come back to Nepal at some point.  “They really make a connection, with their homestay families, with their advisers, with the projects they work on, and that gives them a deeper commitment to Nepal.” He adds with a warm smile, “I love to watch them learn and grow; they are so creative!” And they have made many ongoing contributions to Nepal: publishing books and articles, recording a popular CD of Nepali songs, making a film that educates people about girl trafficking in Nepal, and more.

The program began in 1974 and is now housed near Bishalnagar Chowk.  It has averaged about sixteen students a year, but numbers have declined recently due to worries about Maoist and travel-related turmoil. Manohari and Academic Director Stobie Fairfield are welcoming this year’s students at the end of August and hope to welcome many more in the years to come!

Passages
‘Passages’ is the new incarnation of ‘Sojourn Nepal’, which began in 1996 as a program mostly for students at the end of high school.  Last year, it shifted focus to include college students and college graduates and became a nonprofit organization. Passages director Vidhea Shrestha explains, “We just wanted to have it open to more people,” which was possible with a nonprofit because they could lower the fees and raise scholarship money.  Passages offers semester, summer, and individually tailored  programs in Nepal, some with additional stays in Tibet, Ladakh, Darjeeling, and/or Sikkim (where it is popular to study Tibetan medicine).  Their core program includes home-stay and language study, but other elements, such as internships, seminars, village stays, and trekking are optional.

The Passages program is shorter than some of the other programs, but it can still make a deep impression on young lives. Vidhea tells the story of a student “from an Ivy League School, really privileged. I didn’t know if she was really taking much in, but when she went back to the states, she got involved in social work.  She told me that those three months in Nepal had really been a turning point for her.”

Food in this country has undergone a remarkable transformation over the past ten years or so,...

1) Laphing: There’s no doubt that laphing has become a very popular snack, especially amongst young people and...

When I first got the book Kusunda Tribe and Dictionary in my hands, I couldn’t put it down...